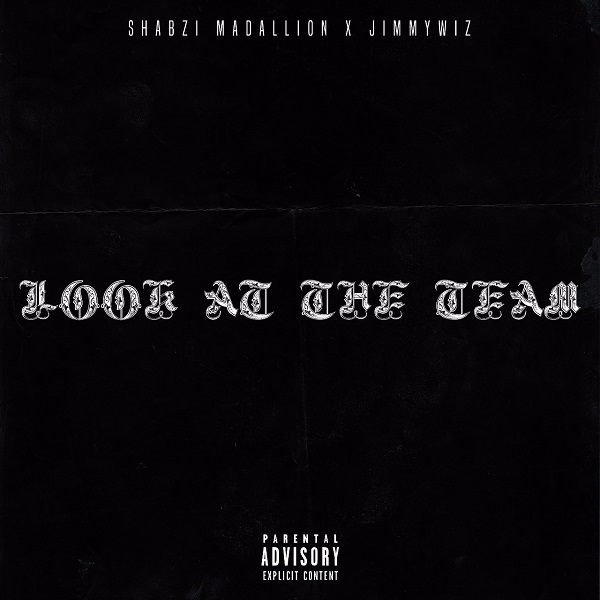 Wise Guys of Hip Hop, Jimmy Wiz and ShabZi Madallion, release Look At The Team with the unmissable message that any sign of disloyalty and detraction from the cartel’s collective vision of reaching don status, will get you wacked.

In a time where the self and singular success is at the forefront, the pair have combined their lyrical prowess, production team and visual aesthetics to show that going far requires going together.

Opening with the Nicki Walker produced The Time Has Come, which features former late President Nelson Mandela’s famous quote about how working together breeds success, the duo set the scene of the crime of the collective push of the movement.

ShabZi Madallion immediately cocks his unique story-telling glock a la Henry Hill on Look At The Team and unleashes a spray of braggadocio truths about the unbreakable strength of the team.

Jimmy Wiz comes through on his Cicero- unshakeable and immovable from his position in the clique and the game – with a menacing delivery of the juxtaposition of being independent in the game while being a clique that is ride or die and leaves no man behind.

Themes such as love, success and purpose are explored throughout the project on joints such as Big Dreams, Better with Time and Forever and a Day, with the overarching themes of loyalty and brotherhood maintained as they thread their individual experiences into the overall impact on the collective.

Through its production by Nicki Walker, Beats by Blass and Sp Dubb, Look at the Team pays homage to producers synonymous for collaborative success such as Dr Dre (On That Interlude) and Jermaine Drupri (Wish You Would).

While paying homage to other infamous Hip Hop crews such as N.W.A, Public Enemy, Tha Dogg Pound, A Tribe Called Quest, Mobb Deep and G-Unit in their approach, the pair’s respective, signature sounds are maintained through ShabZi’s unapologetic tackling of often taboo issues and Jimmy’s flawless transition from grimey and gutta to heart-snatchingly sweet and back.

Overall, Hip Hop’s Good Fellas come through with an unmistakeable but not overbearing confidence in their ability, camaraderie and production mob, despite the inevitable pinches of the structures of the industry at times – testament to the fact that if there is united vision, commitment to the craft and unwavering passion – everybody can, and will, be made. South African Vent media artist, Shabzi Madallion just released the 4th episode of his revelation series “REVELATION IV” in which he keeps speaking of the...